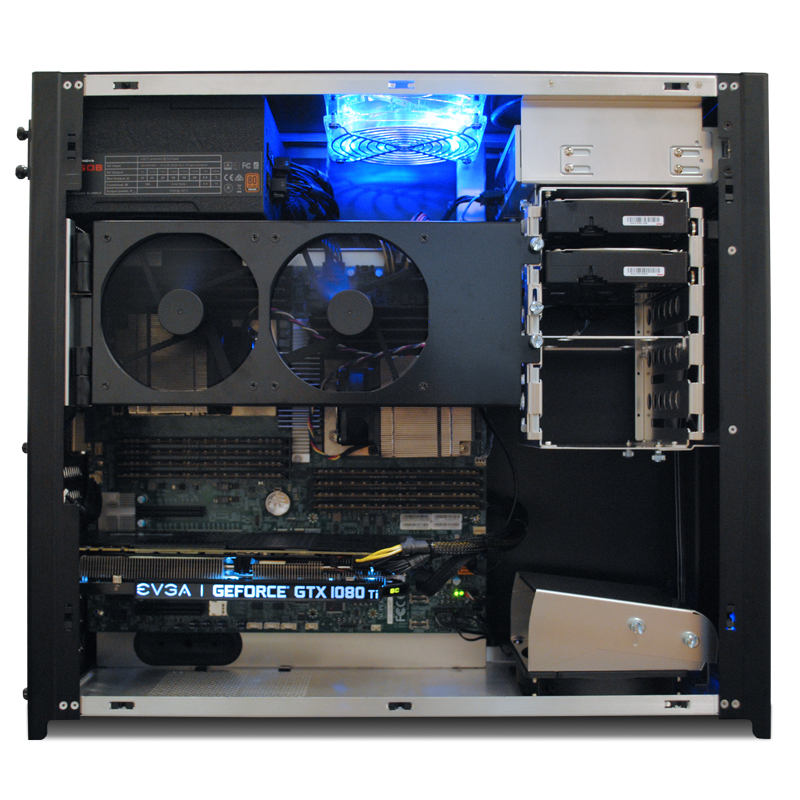 There’s been quite a bit of buzz in our industry around AMD’s Epyc processors. With up to 32 physical cores per chip, it’s easy to see why. But until recently that insane level of processing power was relegated to server and data center solutions.

Introducing the ProMagix HD360A, the first and only AMD Epyc workstation on the market, available exclusively right here, from Velocity Micro. Powered by two Epyc processors at up to 32 cores/64 threads each, alongside professional grade GPUs, the ProMagix HD360A may not just be the most powerful desktop PC we’ve ever made (and it is) but it could also be the most powerful desktop workstation anywhere. To be able to put this much computing power into a desktop chassis and keep it cool and stable is really a feat, and honestly something I’m not sure any other PC manufacturer could do. But I’m obviously biased, so don’t take my word for it – let these benchmark numbers speak for themselves.

Designed for Film & Studio and More

So who would something like this be designed for? With those benchmarks, this AMD Epyc workstation is really best for any application that utilizes as many CPU cores as possible. For this reason, it may just be the perfect solution for professional grade film and studio production, VR development, data modeling, and even the most complex visual effects. Imagine replacing your entire render farm or power-hungry rack with a single desktop. That’s what the HD360A can bring you.

Want to learn more about this AMD Epyc Workstation or configure yours? Click here. Have questions or need assistance with finding the right solution for your needs? Call our experts at 804-419-0900.