While most people might be fawning over the latest smartphone games and applications, along with the newest laptop to hit the market, high end gamers know that nothing can come close to beating the performance of a simple desktop computer with the right power to facilitate gaming. The gaming industry is years ahead in terms of technology and innovation than any other service you can find online. Moreover, gaming on a PC has already put to bed any console wars since the segment is already twice as large, as compared to all other platforms combined. This is what the 2014 report released by Forbes revealed.

In the US, 59% of Americans play games, and only 29% of that population is under the age of 18. The average age of the American gamer is actually 31, which may be surprising to many. If you are looking to get yourself the most powerful gaming computer, here are three things that you need to keep in mind before making a purchase.

The Graphics Processing Unit or GPU is the most important component in any gaming PC for playing AAA titles at the highest possible settings. Currently, we recommend the NVIDIA 900 series from the GTX 950 to the GTX TITAN X, depending on your budget. Remember also to consider your monitor when choosing a GPU, and vice versa. A 4K resolution monitor will tax even the most powerful cards, reducing frame rates. Conversely, lower resolution monitors will result in wasted power when paired with top of the line graphics.

If you are going to be running a 64bit Windows system as your gaming computer, it is not a good idea to settle for RAM that is less than 8GB DDR3. If you aren’t bogged down by budget constraints, then opt for DDR4 instead of DDR3, since the former will work at speeds faster than 1600MHz. Also, when it comes to device memory, an external 1TB hard drive may not be well suited. Instead opt for a solid state drive or SSD, either with 256GB or 480GB space. 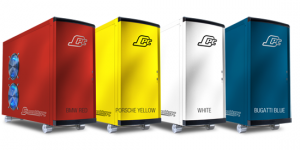 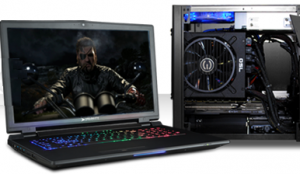 Due to advancements in technology, games are getting more realistic and making use of audio and communications to give the player an experience that is more real. Along with heavy emphasis on surround sound, multichannel audio codecs handle game audio nicely. To support 3D virtualization software, the next big step in gaming, multichannel audio frequencies through stereo speakers and headsets will need to be supported by your gaming computer. In addition, a good quality microphone headset is also important, since some games are designed to directly interact with the AI over voice commands.